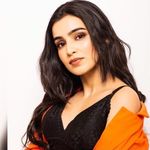 !
Ankitta Sharma influencer pricing
An approximate cost of advertising according to the Insta.Surf stats
10800 $

First of all, if your business deals with Focus topics: Acting Media Performing Arts, it may be a good idea to pitch Ankitta Sharma. Normally there are about 54.5K likes below each of posts — only you can decide if it is an acceptable value.

A good estimation of Ankitta Sharma advertisement effectiveness is the engagement rate (ER) which equals to the average likes number divided by the audience volume. For @iamankittasharma it is approximately 2.54%.

What is Ankitta Sharma audience?

For now Ankitta Sharma Instagram account has about 2.1M followers. The number itself makes sense only if compared with other niche bloggers with respect to the Engagement Rate.

Celebrities and top Acting influencers are unlikely to disclose their pricing publicly. Although the cost of Ankitta Sharma influencer marketing could be calculated by Insta.Surf own formula. We expect the price of Ankitta Sharma guest post in instagram.com/iamankittasharma to be ~ $10800.

How much traffic could I collect working with Ankitta Sharma?

We assume the actual audience reached by the paid promotion to be about 12% of the overall subscribers number. Thus, you can expect the Ankitta Sharma engaged followers number of 6480.